The year 2021 has been a transformational year for Brisbane, with significant progress made across some of the largest infrastructure projects our city has ever seen. From the $3.6-billion Queens Wharf Precinct to the $5.4 billion Cross-River Rail project, Brisbane is preparing for the population growth and increased level of tourism that is on the horizon. Originally driven by lifestyle factors, employment opportunities and our state’s relatively low number of Covid cases, Queensland has recorded an unprecedented rise in interstate migration over the past 12 months. The announcement of the 2032 Brisbane Olympic Games has intensified the need for our growing city to keep up with demand, highlighting the necessity for improved transportation services, accommodation and facilities throughout the Inner-Brisbane region.

The world-class entertainment precinct will comprise four luxury hotels, residential tower, Star Casino, sky deck, over 50 new restaurants, cafes and bars, high-end retail precincts and public green space. Estimated to bring in an additional $1.69 billion in tourism each year, the project will support over 10,000 jobs across various industries and put Brisbane on the map on an international scale. With initial works commencing in 2018, the podium levels of the four buildings that make up the precinct are now almost complete. The podium façade and construction of The Star Grand Hotel has also begun, with the first level of the Queen’s Wharf Residences apartments now under construction. The project will continue to advance throughout 2022, with the resort-style development due to open by mid-2023. The 10.2km rail line from Dutton Park to Bowen Hills is well underway, set to transform the way we travel across the whole of Southeast Queensland. The project will see new underground stations at Woolloongabba, Boggo Road, Albert Street and Roma Street, with upgrades to existing above-ground stations including Salisbury, Rocklea, Moorooka, Yeerongpilly, Yeronga, Fairfield, Dutton Park and Exhibition Station. Due for completion in 2024 and with services expected to commence in 2025, major work sites have already been established at the new stations and the Exhibition Station at the RNA showgrounds. The project will assist with Brisbane’s rising population, unlocking current bottlenecks and introducing a ‘turn up and go’ system that ties in with Brisbane Metro stations and existing transport infrastructure. 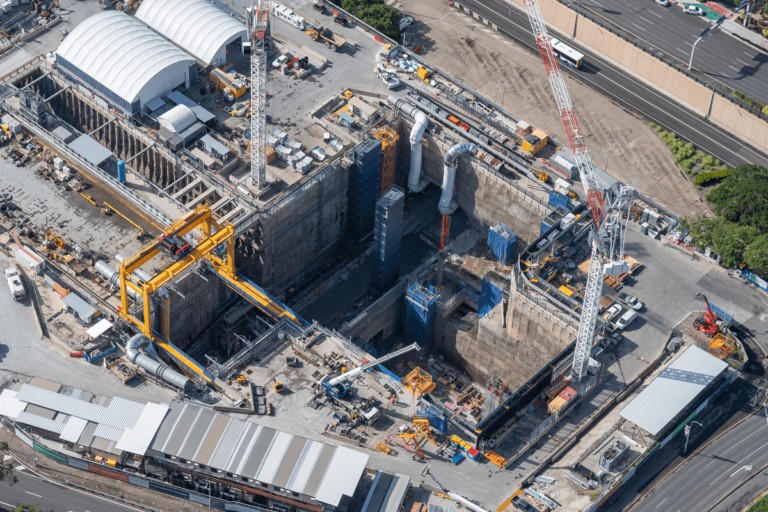 Further aiding our need for increased transport systems, the $1.2 billion Brisbane Metro will provide a 21km high frequency transit system between Eight Mile Plans and Roma Street Station, the Royal Brisbane & Women’s Hospital and the University of Queensland. The 18-station busway estimated for completion in 2024 will ease inner-city bus network congestion, with all-electric vehicles offering zero tailpipe emissions. Creating 2600 jobs throughout design and construction, the Brisbane City Council service will run 24 hours on weekends, with the objective to better link Brisbane City with the suburbs. Main construction works will take place throughout 2022, with gas line relocation, traffic and bus stop changes currently implemented throughout the CBD. 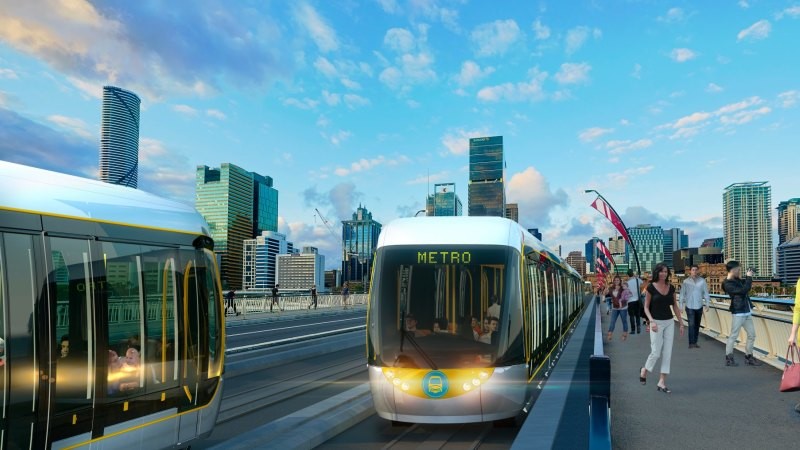 Set to be utilised as one of the venues for the 2032 Olympic Games, the Brisbane Live Arena will provide a highly accessible and well-connected facility to host live sporting, music and arts events. The 18,000-seat arena will occupy the site of the former Brisbane Transit Centre above the Roma Street Cross River Rail Station. Incorporating food outlets, retail and function spaces, the precinct will deliver over 1000 roles during peak construction and once operational will employ an estimated 600 people per year. Demolition of the Brisbane Transit Centre commenced in 2019, with construction of the underground rail and bus stations currently underway. There is currently no estimated completion date for the Brisbane Live Arena. Why You Should Buy an Inner Brisbane Apartment Before Christmas