Brisbane has seen a surge in construction and infrastructure projects underway and moving forward throughout 2020. One of the more recent discussions has been around Griffith’s $1 billion growth project set to feature a 55-storey university campus in the Brisbane CBD. As part of the Brisbane Live Precinct, the vertical campus will be positioned above the Roma Street Cross River Rail Station, Brisbane Metro and Northern Busway, making it the most connected university in the state.

Griffith University currently have five locations in South East Queensland including the Nathan, Mount Gravatt, Logan, Southbank and Gold Coast campuses. The 2020-2025 plan for the university states that Mount Gravatt is no longer considered viable as a separate campus and Griffith have been in negotiations with the Queensland government regarding the CBD site that has been described an ‘ambitious building project’.

The new campus will become the hub for business, law and I.T, taking up the majority of the building from levels 15 to 55. The ground floor will include a public atrium to be used for presentations, debates and community services with the campus also offering lecture halls, student accommodation and quiet workspaces. The atrium-style structure has been built around key pedestrian movement and given a $280 million construction cost.

Among Griffith’s plan for expansion is a new eight storey facility at the Gold Coast campus specialising in 3D printing, industrial design, artificial intelligence and bioengineering. Dubbed ‘ADAPT 2.0’ the Advanced Design and Prototyping Technology building is expected to be completed by 2025 on the year of Griffith’s 50th anniversary at an estimated cost of $80 million.

The CBD project has been compared to New York’s famous High Line in the sense that it will maximise the available space whilst providing key public connections. Set to rival QUT’s Gardens Point campus, the new university will also provide huge employment opportunities to aid Queensland economic recovery. The campus is part of a plan to build a strong and sustainable future for the university, placing it at the heart of the city and establishing it as an anchor institution. 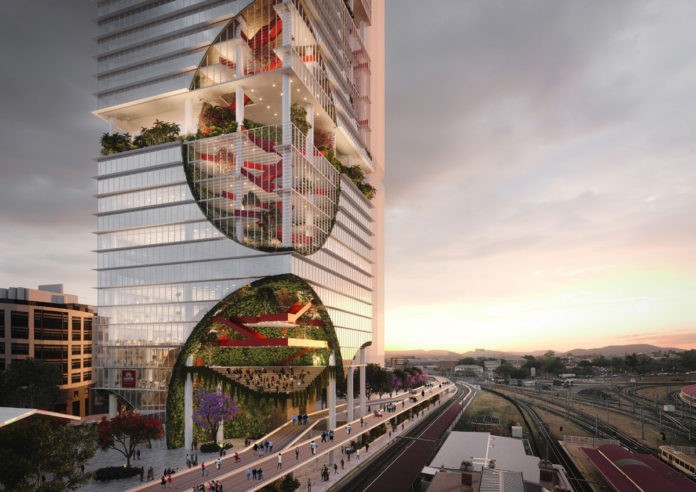