The announcement that Brisbane is the preferred host for the 2032 Olympic Games has been met with excitement and anticipation across the country. A welcome change from the news we have been receiving this past year, the proposed event succeeds the previous Olympic Games held by Australia in Sydney over 30 years ago. The International Olympic Committee(IOC) could come to a final decision as early this years’ Tokyo Olympic Games, scheduled to commence on the 23rd of July. A compelling proposition for South East Queensland, the opportunity to host the Games will accelerate infrastructure investment, boost job creation and attract tourism for the Sunshine State.

The announcement brings with it a revitalisation of Brisbane, transforming the city into an international destination with world-renowned sporting facilities. There will be a total of 31 venues (21 in Brisbane, 6 on the Gold Coast & three on the Sunshine Coast), with 19 of them already existing, five requiring permanent works, five temporary structures and seven new sites. There will be three proposed athlete’s villages, one in Brisbane, one on the Gold Coast and a day-village on the Sunshine Coast. The Brisbane site includes a 14,000 bed athletes’ village at Hamilton North Shore, while the Gold Coast campus will provide 2,000 beds at existing hotels in Surfers Paradise.

A 50,000-seat sporting stadium is on the cards for Albion in Brisbane’s inner-city, with the alternative of utilising The Gabba or Suncorp Stadium for the opening and closing ceremonies. The Brisbane Live arena is already listed as one of the proposed sites, with the suggested implementation of a temporary swimming pool. Other locations across Queensland that are being considered include stadiums at Ipswich, Gold Coast and the Sunshine Coast, with the Whitsundays nominated to host the sailing and regional boutique stadiums for football matches.

There will be major amendments to our roads and public transport infrastructure, with designated Games-Only vehicle lanes, Games-Family lanes and increased public transport services for spectators and workers. Current and future transportation projects including the Cross-River Rail,Brisbane Metro and the proposed Fast-Rail service connecting Brisbane to the Gold and Sunshine Coasts have also contributed to Brisbane’s thus far successful bid. The quadrennial event will create up to 130,000 direct jobs, with the economic benefits of the Games for Queensland estimated to be $7.4 Billion. 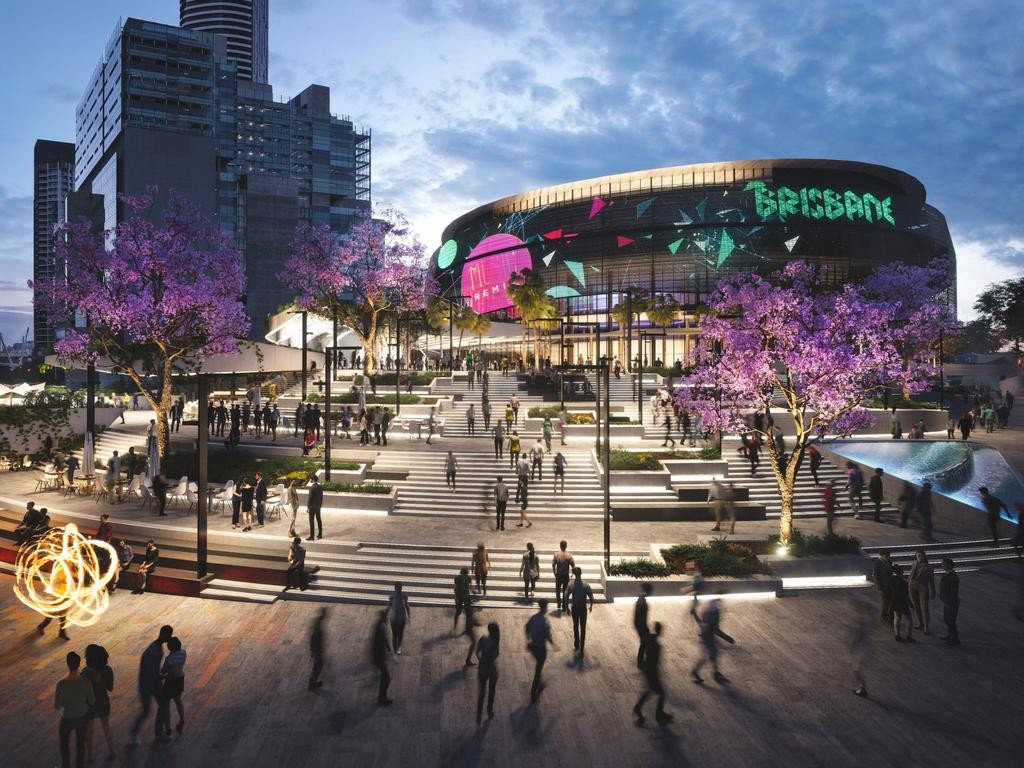 The handling of COVID-19, success of the 2018 Commonwealth Games on the Gold Coast plus the existing and progressive infrastructure around our city have helped Brisbane secure its’ frontrunner position. Some of the criteria considered by the IOC when comparing competing cities include vision, concept and strategy, governance, legal and venue funding, games delivery, experience and venue legacy. In September 2017, the IOC awarded the 2024 Games to Paris and the 2028 Games to Los Angeles, with Brisbane’s rival bidders for the 2032 games including Doha (Qatar), Budapest (Hungary) and a joint bid between North and South Korea. Brisbane has been praised for having a ‘very advanced’ bid plan that focuses on Brisbane and the Gold Coast, both of which have existing, extensive sporting infrastructure.

Whilst nothing is set-in stone, Brisbane’s position to win the bid for the 2023 Olympics has been referred to as “virtually unbeatable”. Aligning with the IOC’s mission to avoid building new infrastructure that will go under-utilised, South East Queensland already has 60% of the venues required to host the event, with a further 30% either already underway or planned. This is the first time that the IOC has shown interest in a region rather than a single city, which means that that the 2032 Games have not yet been given an official name. Automatically included in the bid for the Olympic Games, the Paralympics are scheduled for the 24th of August – the 5th of September 2032, while the Olympic Games will run from the 23rd of July through to the 8th of August 2032.